Want to know abandoned Soviet submarine looks like? According to an explorers duo: “We are two. Him and Her. A man and a woman, husband and wife. We are open and adventurous. We are not athletes and far from the best photographers. We are searching, we are learning, we are developing, we travel, we look for adventures. And here they are – abandoned, decayed, derelict, lost and forgotten places, urban exploration, city suburbs… call it as you want .. but! As soon as you start exploring, you realize that there is a whole world of abandoned places.

It is different, it does not look real, there is something that is hidden, something that will never become public … secrets, memories, and the irreversibility of being.We do have a thirst for risk and boundless curiosity to find out what is hiding there, further, behind seven seals and locks … and we want to escape from the harsh pragmatic reality, to hide, to feel that we touch the past, to open the curtain of dust, to turn back time and to tell you the stories..”

“Having explored abandoned places for quite some time, sometimes it seems that we have seen everything. But this time, it was not the case. We knew it would be special, but we couldn’t imagine that it would be THAT special. During this exploration, under the heavy rain, wind, and cold… there was only one thing that made us feel warmer—the inner voice with “we all live in a yellow submarine, yellow submarine…”

This particular submarine began its career in 1965. It served in the Northern Fleets, Baltic waters, and the Mediterranean, based in Egypt for some years.”

Entering the submarine aft, we got down into an empty compartment with four torpedo tubes. Passing through a narrow way along with the multiple sets of arrows and buttons, we got to the compartment with a diesel engine, a radio receiver where encrypted messages could once be sent and received, a central information point, RADAR and SONAR sets, as well as an attack periscope that was used to search and triangulate probable targets.

Climbing and crawling, in the end, we could finally reach the bow compartment. Here, six more torpedo tubes greeted us along with a huge dummy torpedo. This submarine was capable of carrying a total of 22 torpedoes, ten of which were in the tubes, and another twelve were waiting for their placement into the tubes. The crew could sleep here next to the torpedoes, but when the submarine was fully armed, this room became as cramped as everywhere else in the submarine. Now the torpedo-free bow room easily became the largest submarine compartment. 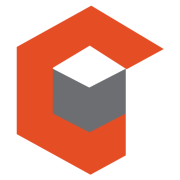 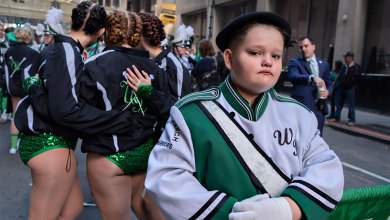 We use cookies on our website to give you the most relevant experience by remembering your preferences and repeat visits. By clicking “Accept”, you consent to the use of ALL the cookies.
Do not sell my personal information.
Cookie SettingsAccept
Manage consent

This website uses cookies to improve your experience while you navigate through the website. Out of these, the cookies that are categorized as necessary are stored on your browser as they are essential for the working of basic functionalities of the website. We also use third-party cookies that help us analyze and understand how you use this website. These cookies will be stored in your browser only with your consent. You also have the option to opt-out of these cookies. But opting out of some of these cookies may affect your browsing experience.
Necessary Always Enabled
Necessary cookies are absolutely essential for the website to function properly. These cookies ensure basic functionalities and security features of the website, anonymously.
Functional
Functional cookies help to perform certain functionalities like sharing the content of the website on social media platforms, collect feedbacks, and other third-party features.
Performance
Performance cookies are used to understand and analyze the key performance indexes of the website which helps in delivering a better user experience for the visitors.
Analytics
Analytical cookies are used to understand how visitors interact with the website. These cookies help provide information on metrics the number of visitors, bounce rate, traffic source, etc.
Advertisement
Advertisement cookies are used to provide visitors with relevant ads and marketing campaigns. These cookies track visitors across websites and collect information to provide customized ads.
Others
Other uncategorized cookies are those that are being analyzed and have not been classified into a category as yet.
SAVE & ACCEPT
Close
Go to mobile version
Loading Comments...